In he was back in town as a dry-witted Disraeli to Dorothy Tutin's Queen Victoria in Portrait of a Queen; but, until the Clarence Derwent Award came his way in for the year's best supporting performance, his was not a name for casting directors to conjure with. He played the harassed housemaster whose wobbly production of the school play kept getting up Gielgud's patrician nose as Head Master.

What interested the student of acting was the similarity of Eddington's theatrical temperament to Gielgud's: not in any classical sense but as thoroughly British exponents of high, dry farce or comedy. When Eddington came to play the Head Master himself 16 years later at Chichester and in the West End, Bennett's ironical revue seemed as funny as and maybe funnier than it had been with Gielgud. He compared equally well with his mentor in taking the Gielgud part in David Storey's Home - his last West End appearance - at Wyndham's last year.

The manners of the two actors were so similar that Eddington remembered their both nearly falling off the stage in the original Forty Years On in a mutual fear of upstaging one another. What both actors shared, apart from their slim, light build, fair complexion and lightness of voice, was a superbly disciplined gift for raising laughter from outraged dignity. Eddington was in particular a master of the frozen smile, the expression that suggested he had missed the comic point and that if the joke was on him, which it usually was, he would never be able to see it. A buffoon, then?

Only in the subtlest sense. Eddington's success as Penelope Keith's hen-pecked husband in The Good Life, which ran from to , and as a nice-natured victim of Whitehall bureaucracy in its junior corridors of parliamentary power in Yes, Minister, which followed from , was well deserved but did no justice to his dramatic range. If his repertory years had taught him anything it was that reps were the places to take risks. Hence his readiness to return to Bristol's attractive 18th-century stage. In his early fifties he went out on a limb. Only the National Theatre in London felt up to the risk. So, as George, the drunken, drooling, vicious and laceratingly eloquent husband and campus professor in Who's Afraid of Virginia Woolf?

Though he followed it up as the frantically disaster-prone director of a run-down rep in Frayn's Noises Off Lyric, Hammersmith, and Savoy , the Albee play had shown him what he was made of. It was of sterner stuff than anyone supposed. He returned to Bristol, this time to tackle something equally demanding: the pathetic old schoolmaster in Rattigan's The Browning Version. It was a brilliant performance which he repeated in the West End, where even spectators who remembered Eric Portman in the premiere of the play and Michael Redgrave on the screen conceded that Eddington's apparently effortless emotional power had deeply moved them.

He was often a surprise. Just as those who had supposed in that the Head Master in Forty Years On could never be acted by anyone but Gielgud had to eat their words in , so Michael Hordern seemed to claim in Stoppard's moral philosopher in Jumpers for his own - until Eddington played that zany genius in the Aldwych revival in At Chichester in he did the same as Sir Harcourt Courtly in Boucicault's London Assurance which everyone believed after seeing Donald Sinden 19 years earlier to be still in his possession.

Why become an Audible member?

Off stage, as on, he was noted for scruples and principles. A dedicated Quaker, he registered as a conscientious objector when called up towards the end of the Second World War, thus making his first stage appearance entertaining the troops with Ensa. A devoted player with the Bristol Old Vic and a governor of its theatrical trust, he declared abruptly in the s that he would never again act at the Theatre Royal, Bristol. He had learnt that part of that theatre's subsidies came from a local tobacco company. It explained why his Spooner, unlike Gielgud's, which had been based on the chain-smoking W.

Auden, never lit up. When Eddington also proclaimed his detestation of private health insurance on the grounds that it enabled people to "jump the queue" he admitted that, if he ever needed treatment, "I might cheat. Last month he made a moving and characteristically defiant appearance on the television programme Face to Face, in which, interviewed by Jeremy Isaacs, he made light of his disfiguring illness, a rare skin cancer from which he had suffered for 40 years.

The most insightful comments on all subjects will be published daily in dedicated articles. You can also choose to be emailed when someone replies to your comment.

The existing Open Comments threads will continue to exist for those who do not subscribe to Independent Premium. Due to the sheer scale of this comment community, we are not able to give each post the same level of attention, but we have preserved this area in the interests of open debate.

Please continue to respect all commenters and create constructive debates. Want to bookmark your favourite articles and stories to read or reference later?

Find your bookmarks in your Independent Premium section, under my profile. Subscribe Now Subscribe Now. Final Say. Long reads. Lib Dems. They said it was character building. I wasn't so sure at the time, but it did set me on a military career which allowed me to meet the people who would eventually inspire the characters in my stories. In January of , at the height of the cold war, they packed me off to Germany to scare off the Russian hordes. It must have worked though because they never came.

Yeah, I know. Dreamy REME. You're not the first. 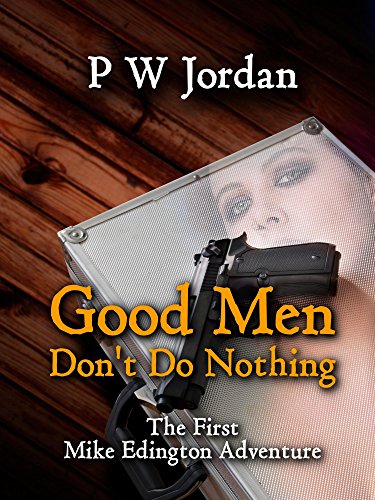 Good times. I left the Army in to do boring stuff concerned only with earning a living and when I had the chance to retire early at the age of fifty I jumped at it. There was still no sign of a literary career. That didn't happen until when I had the germ of an idea for a story.

Now, to be honest, I don't read much. Unless you count the manual for my TV satellite box. I've read that a few dozen times and it still doesn't make any sense. Anyway, I haven't found another writer who I can engage with in the same way I did with Maclean, probably my fault, so in a moment of madness I decided to give it a go myself. This book is the result. When I sat down to write the thing I set out a few parameters or guidelines for me to adhere to. For starters, everything in the book had to be do-able. I suppose that means that none of the characters should have superhuman powers.

Fair enough, they all had military training, some more than others, but I know that everything they get up to is possible. If not by me then at least I knew a man who could. The characters also had to have a sense of humour. Military personnel are deadly serious when it comes to doing their jobs, but a dry, self effacing wit is never too far away and is likely to surface at, what casual observers might judge to be, the most inappropriate moments. However, the hard-eyed, lantern-jawed hero snapping and snarling his humourless way through life wasn't going to figure in any book of mine.

I wanted realistic characters that real people could relate to. The story had to flow. It had to start at 'A' and work its way through to 'Z' requiring no effort whatsoever from you good people who've shelled out your hard earned wages to buy the thing. In his groundbreaking new book, Ant Middleton thrillingly retells the story of his death-defying climb of Everest and reveals the concept of the 'Fear Bubble', showing how it can be used in our lives to help us break through our limits.

Powerful, unflinching and an inspirational call to action, The Fear Bubble is essential listening for anyone who wants to push themselves further The Greek myths are amongst the greatest stories ever told, passed down through millennia and inspiring writers and artists as varied as Shakespeare, Michelangelo, James Joyce and Walt Disney. They are embedded deeply in the traditions, tales and cultural DNA of the West. You'll fall in love with Zeus, marvel at the birth of Athena, wince at Cronus and Gaia's revenge on Ouranos, weep with King Midas and hunt with the beautiful and ferocious Artemis.

Harry Potter's summer has included the worst birthday ever, doomy warnings from a house-elf called Dobby, and rescue from the Dursleys by his friend Ron Weasley in a magical flying car! Back at Hogwarts School of Witchcraft and Wizardry for his second year, Harry hears strange whispers echo through empty corridors - and then the attacks start.

Students are found as though turned to stone Dobby's sinister predictions seem to be coming true. Earth is 4. In just a fraction of that time, one species among countless others has conquered it. We are the most advanced and most destructive animals ever to have lived. What makes us brilliant? What makes us deadly?

What makes us sapiens? In this bold and provocative audiobook, Yuval Noah Harari explores who we are, how we got here, and where we're going. Welcome to the life of a junior doctor: hour weeks, life and death decisions, a constant tsunami of bodily fluids, and the hospital parking meter earns more than you.


Scribbled in secret after endless days, sleepless nights and missed weekends, Adam Kay's This is Going to Hurt provides a no-holds-barred account of his time on the NHS front line. Hilarious, horrifying and heartbreaking, this diary is everything you wanted to know - and more than a few things you didn't - about life on and off the hospital ward. In this candid and riveting memoir, for the first time ever, Nike founder and CEO Phil Knight shares the inside story of the company's early days as an intrepid start-up and its evolution into one of the world's most iconic, game-changing, and profitable brands.

On The Power of Vulnerability, Dr. Brown offers an invitation and a promise - that when we dare to drop the armor that protects us from feeling vulnerable, we open ourselves to the experiences that bring purpose and meaning to our lives. Here she dispels the cultural myth that vulnerability is weakness and reveals that it is, in truth, our most accurate measure of courage. It is the 31st millennium.