Tales from Ancient Egypt Volume I


Ertman describes some monuments in Akron, Ohio, U. The Gardeners of Amun - AE looks at a new exhibition featuring the burial equipment of families of gardeners from Thebes. The Amarna Project - Barry Kemp in the fourth of a series of articles on the city, looks at Amarna as a workshop. Tutankhamun and the World of the Pharoahs - A photo. Servant of the Deep - Paul Boughton discovers a ushabti figure that survived the sinking of the Titanic.

A Tale of Two Heads The Use of Leopard Skin in Ancient Egypt - Magda van Ryneveld describes the use of the pelt from leopards, which adorned the priests, nobility and kings of Egypt. David Counsell examines the known evidence and concludes that still more tests and studies are needed before the case for murder can be dismissed. The Amarna Project - Barry Kemp, in the fifth of a series of articles, asks if the cult of the Aten was a religion for all.

The Lost Sarcophagus - Paul Boughton tells how the sarcophagus of Menkaura, from his pyramid at Giza, was lost at sea on the way to England, and the plans to recover it. The Stela of Bakenkhonsu - Find out how the text on this recently-discovered stela has increased our knowledge of one period of Egyptian history. Timekeeping in Ancient Egypt - How did the ancient Egyptians keep track of time? Nicholas Wernick investigates. The Tomb Paintings of Nebamun in the British Museum - Richard Parkinson tells how these fabulous paintings have been conserved, ready for their re-display in a new gallery at the British Museum.

Ur Sunu - An Italian exhibition about ancient Egyptian medicine. The Amarna Project - Barry Kemp, in the sixth in a series of articles on the city of Akhenaten and Nefertiti, looks at why Amarna died, using the latest archaeological evidence and research. Three Restored Statues in Luxor - AE explains how three historically and artistically important statues of New Kingdom warrior pharaohs were restored for display in the new annex of the Luxor Museum.

The Coptic Museum in Cairo - Jill Kamil visits the recently-restored museum and describes some of its treasures. Bonaparte in Egypt - Cathie Bryan visits a special new exhibition currently showing in Paris. Patricia Spencer looks at the past, present and future work of the Society. Per Mesut : for younger readers - Hilary Wilson looks at Beds.

Conservation and Restoration in the Egyptian Museum, Cairo - Nacho Ares describes a behind-the-scenes visit to an important part of the famous museum. Luxor: the view from above - A new look at some of the great monuments and landscape of ancient Thebes. Elena Pischikova tells of her work in conserving some important tombs on the West Bank at Luxor. The Tomb of Menna - A brief look at a remarkable tomb in Luxor.

Penny Wilson looks at the work of The Delta Survey. Do not Miss The Geology of Egypt - Colin Reader overviews the way the Egyptian landmass evolved and affected the ancient civilisation. 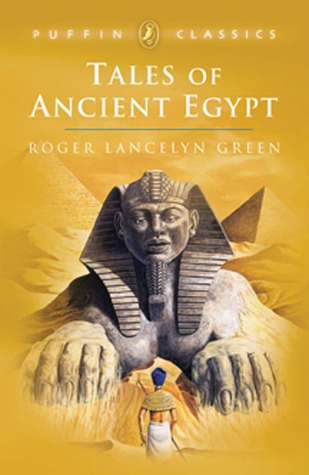 Ancient Egypt at Highclere Castle - visits a new exhibition dedicated to the Fifth Earl of Carnarvon, his work in Egypt and his well-known connection to Tutankhamun. The Seth-animal: a Dog and its Master - Ken Moss describes the uncertainty about the identity of the Seth-animal and suggests a likely candidate. A Relief of Hatshepsut and Thutmose III in Bournemouth - Stephanie Roberts reports on a fine relief of the joint pharaohs, and speculates on its possible original provenance. Why did ancient Egyptians mummify their dead?

Raymond Johnson. The Missing Link - Mike Neilson reveals how a fragment of a statue from Saqqara has helped to identify a well-known statue in the British Museum. Investigating Early Mummification - Vicky Gashe describes her work on the origins of mummification in Egypt. Thoroughly Modern Mummies - Dr.

Ryan Metcalfe reveals how modern science and experiments are revealing more about ancient mummification techniques. Amarna Update - A brief update on recent excavation and conservation in the city of Akhenaten and Nefertiti. Zahi Hawass describes the exquisite and sometimes little-known Tombs of the Nobles at Thebes , and reports on new discoveries and conservation work in the area. The Tomb of Karakhamun - Birgit Schoer reports on work at the long-lost tomb of Karakhamun at Luxor, that is revealing new information about the tomb and its owner. An Italian Mummy Mystery - Sabina Malgora and Anna Pieri examine a mummy in an Italian museum collection and discover all is not what it would seem to be.

Milner describes the remarkable discovery of a large number of tomb models at Deir el-Bersha, including a fleet of boats that have been conserved and are now on display in Boston. Campaniform to Composite - Peter Phillips discusses the evolution of the composite form of ancient Egyptian columns. Neal Spencer reports on how the Museum is helping to train Egyptian and Sudanese archaeologists. Temples, Tombs and Tourists - Tony Holmes looks at ancient and modern tourism.

Egypt, Eton and Birmingham - AE reports on a new exhibition of objects from the collection of Eton College, currently on display at the Barber Institute in Birmingham, and on how the Eton Collection is being temporarily divided in order for it to be fully studied and published. As Good as the Real Thing? An Egyptophile in Egypt Laura Ranieri offers tips, tactics and practical information to the tourist visiting Egypt for the first time. Part 2. Zimmerman looks at how morbid curiosity has been replaced by more scientific approach to mummy studies.

Tassie and Joris van Wetering reveal how and why a collection of Predynastic material has recently been returned to Egypt. The Egyptian Lodge in St. Helier - Mark Walker investigates a house in Jersey. News from the Editors and from our Egypt Correspondent - A special extended report from the Editors and from Ayman Wahby Taher on recent developments in Egypt and on the damage to and theft of antiquities.

Colour in Ancient Egypt - Research chemist Alan Reiblein takes a close look at the colours that decorated ancient Egyptian tombs, temples and objects, and at how they were prepared and used. Egyptomania Comes to China As W.

Benson Harer Jr. Frogs in Ancient Egyptian Art - Magda van Ryneveld looks at the depictions of a small amphibian often heard in Egypt but rarely seen. News from the Editor - Brief reports of some Egyptological activities worldwide and discoveries in Egypt. Revealing the Secrets of Dendera - Ayman Wahby Taher describes the temple he has known from childhood. Ancient Egyptian Shields - Bob Partridge describes the use of these vital pieces of military equipment. The Garstang Project - Three postgraduates write about a project based upon the work of John Garstang. Elena Pischicova.

Joyce Tyldesley. News from the Editor - Changes to the familiar landscape of Luxor and its ancient monuments, and other Egyptological news from Egypt and the UK.

King Ahmose 0 - French excavations at Karnak have revealed a new candidate for the founder of the Eighteenth Dynasty. With an update by the Editor listing the very latest finds. Was Tutankhamun Killed by a Hippo? Two Notable Dwarfs - Dwarfs are often depicted in ancient Egyptian art and sometimes held important positions in society, as Sue Dykes reports. Beauty, Purity, Preservation and Durability Who Built the Pyramids?

Was Tutankamun Killed by a Hippo? The Geology of Giza - Colin Reader points out that the body of the Sphinx can teach us much about the geological history of Giza. From the Editor - News from Egypt, the opening of the new Manchester Museum galleries, and a sad loss. Can You Play Senet? The Ancient Practice of Tattooing - The art of skin decoration dates back to prehistoric times, says Elisabeth Kerner. Who Was the Father of Diplomacy? Hathor: the Golden One - In the fourth article in a series, Joyce Tyldesley tells us about the cow-goddess.

From the Editor - Egyptological news from Egypt and elsewhere, some good and some bad. Technological Giants - Alan Reiblein explores the achievements of the ancient Egyptians in various technologies. The Belgian Excavations in Elkab - Raymond Betz summarises the huge achievements of the Belgian mission to Elkab during the past seventy-five years. The Amarna Project - Prof. Barry Kemp brings readers up to date with the work of his team last autumn. Ancient and Modern Animal Care - Diane Woolley discovers that animals may be capable of choosing their own medicines!